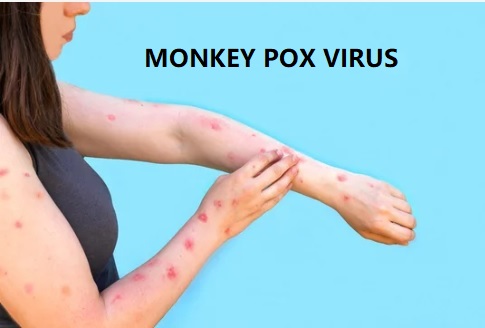 It’s May of 2022, and the entire world is betting on one name, which is the MONKEY POX virus.

Though it sounds very familiar and very recent, it is not really so.

Well, it’s because, when you dig up on the history of the monkey pox virus, it drives you way back to 1958.

Yes, that was the first time when the world got to see such a virus, that too in monkeys which were kept for examination in the labs.

Eventually, it spread its arms on mankind which is when the first case of monkey pox virus in a human was seen in the year 1970 in the Democratic Republic Of Congo, which though gradually came to a rest, it happened to reemerge in the year 2017 in Nigeria.

But today is the day we were cautioned about, for us to back upon such an outrageous outbreak.

As per the statistical data, places like Nigeria, North America, Africa, Britain, and especially the west African clad and the Basin clad are known to be the present hotspots of this monkey pox virus.

Apart from the fact that a large number of the human population is being adjourned with this disease, a reasonable number of the animal biome including squirrels, rats, mice, and monkeys have also been affected by the disease.

And because we live in an ecosystem, where we all co-exist with each other, we tend to catch hold of such a disease from an infected animal, or infected human, or sometimes, we ourselves might spread the disease to a healthy animal or a healthy human as well. This is why the name monkey pox virus also comes across as a zoonotic disease — meaning, the exchange of germs between humans and animals.

WHAT CAUSED MONKEY POX VIRUS 64 YEARS BACK FROM TODAY?

As mentioned earlier, the monkey pox virus found in a monkey was an overnight call of emergency that eventually spread everywhere.

This virus belongs to the genus orthopoxvirus and species poxviridae which is known to be the main cause of the disease.

HOW DOES IT LOOK?

The monkey pox virus typically looks like a cluster of boils all over one’s body.

These boils are closely similar to that of the small pox.

It feels like tiny raised lumps all around the skin.

This is initially assisted by,

On some days, the lesions develop in their character and are further assisted by,

In a long run, the advancement in the symptoms happens with the change in the way the lumps look. They predominantly evolve into —

HOW DOES MONKEY POX SPREAD?

Well, typically for a monkey pox to spread from a —-

Our skin is like the borderline defense system of our body which thus makes the first attempt to resist any kind of harmful pathogens. But, this is not proven true for all.

Here’s a situation where your skin touches the blood, body fluids, mucous of the skin, or the sneeze droplets of an infected person and unfortunately your skin fails to cease such a pathogen, then they obviously break the skin defense mechanism and enter our body directly causing monkey pox virus.

The nose, eyes, mouth, and ear link up various regions of our body from the outside to the inside.

Thus, when anybody already facing monkey pox virus tends to sneeze or talk, the germs from their mouth can possibly enter your system through such open cavities.

This is a situation that is concerned about the spread of monkey pox virus by animals.

It says that any kind of harm in terms of a bite or a scratch from any of the infected animals can lead to the virus infection.

For example:- if you are a meat lover and little did you know that the meat you relished was infected by the virus, that is when you realize that you are a week close to catch the virus.

If not directly from body to body, sometimes the things touched and used by an infected person can transfer the infection to you if in any case, you come in contact with it.

The recent bulletins state a fact that the major part of the contribution to the hike of monkey pox virus cases is mainly due to sexual practices.

IS MONKEY POX DANGEROUS ? or
CAN MONKEY POX VIRUS RESULT IN THE DEATH OF THE PATIENT??

Well, the answer is yes but its very very very rare and it can occur only under a few circumstances where —-

— the patient is extremely immune-compromised

— too young or too old to handle,

— long-run history of the infection.

Mostly, any of us would step in to the doctor’s clinic with some sort of a medical history depending on ——

This is followed by analyzing the presuming symptoms that are very much visible, like lumps, pustules, rashes, papules, and so on.

With respect to these symptoms, your doctor would go for the diagnosis of the virus through laboratory tests.

After looking through your medical history and diagnostic reports, your doctor would stimulate a specific set of treatment criteria for you.

Mostly, the treatment would consist of SYMPTOMATIC TREATMENT and basic medicines to combat the severity.

Otherwise, generally, the monkey pox virus will suppress on its own.

You can also be recommended to take VACCINES for MONKEY POX like:

It is a vaccine that was originally made for small pox which seemed to be effective for ma key pox virus as well.

It is a protein vaccine that is used to treat the possible complications caused by administering the vaccinia vaccine.

Also, a good and healthy body with a superior immune system is very important for the good progress in your treatment for it.

In case of monkey pox virus in animals, the antiviral veterinary medication is used to treat them.

Lastly, I would say that the monkey pox virus is not a very dangerous disease.

Having said that, it is also very important to take necessary precautions and visit the doctor whenever you cite any symptoms with regard to it.

We ought to be responsible enough for ourselves as well as the people around us.