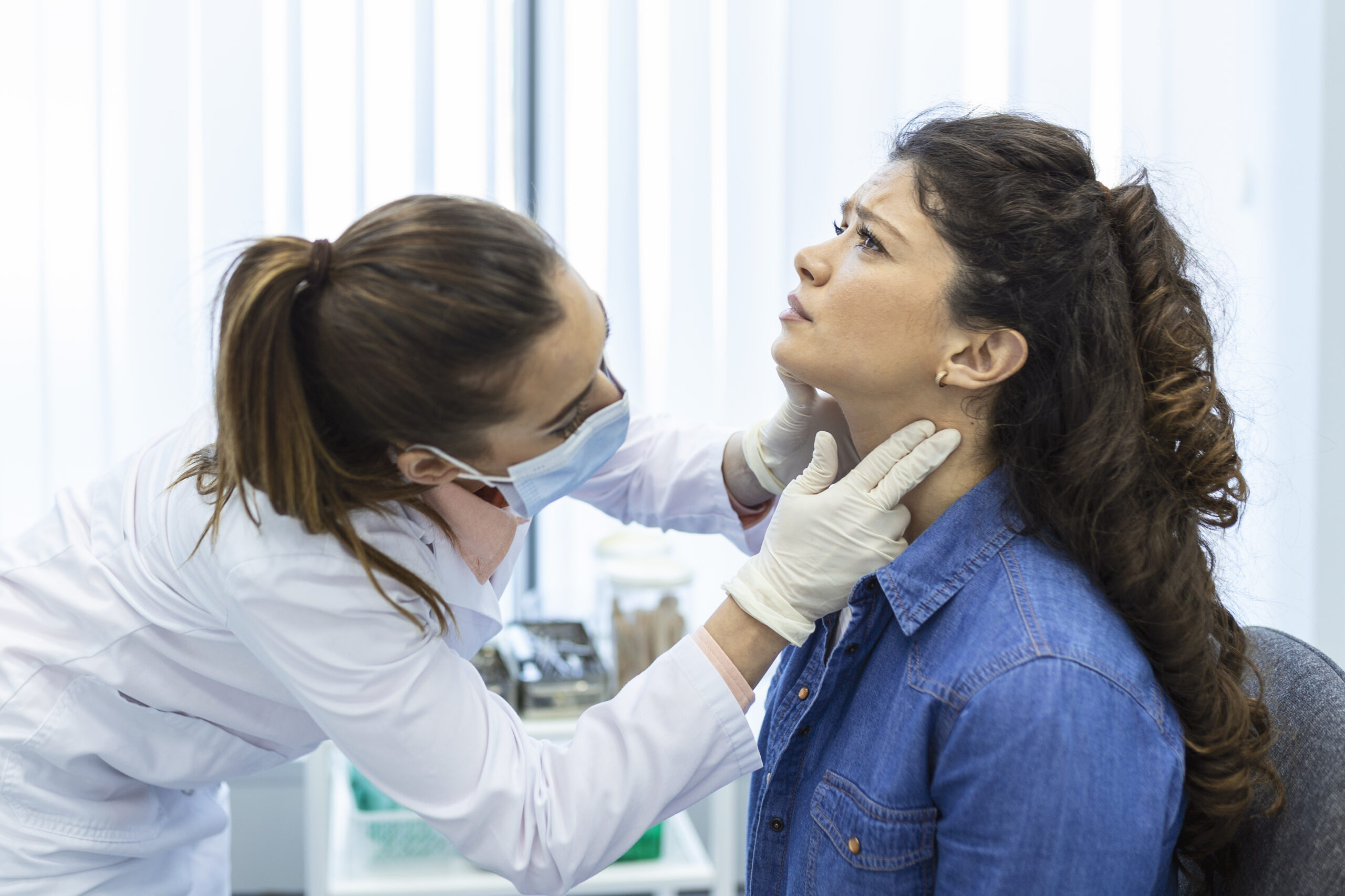 Hyperthyroidism is one of the two types of thyroid— HYPOTHYROIDISM and HYPERTHYROIDISM.

But however, Hyperthyroidism is found to be LESS COMMON than hypothyroidism.

The following are a few causes of hyperthyroidism:-

There is an overproduction of thyroid cells. These cells get accumulate in the form of lumps or nodules on the surface of the thyroid gland. And these nodules are nothing but excess thyroid cells, which in turn produce extra thyroid hormone that adds to the optimum levels of a hormone produced by the thyroid gland initially.

And hence, this increases the overall thyroid hormone levels in the body, which leads to hyperthyroidism.

When this disease attacks an individual, the person’s immune system automatically produces antibodies as resistance to it. But here, the antibodies produced are thyroid hormones. These thyroid hormones fight the disease, neutralize the pathogens, and their defensive work is done. After which they get accumulate in the blood, causing hyperthyroidism.

SIGNS AND SYMPTOMS OF HYPERTHYROIDISM:

The major function of a thyroid hormone is to help in the digestion of food (metabolism) and produce energy that can be used by the body to move, exercise, burn body fat, transport, function, and so on.

Apparently, a person with hyperthyroidism will have excess thyroid hormones which in turn causes excess metabolism, because of which a large amount of calories and fat gets burnt in our body which leads to weight loss. And because most of the food eaten by the person is digested and used up abruptly, they tend to consume more and more food. This is called the increase in appetite.

Thus, loss of weight despite an increase in appetite serves as one of the most prominent symptoms of hyperthyroidism.

An increase in thyroid hormone levels will fuel rapid metabolic reactions in the blood. This will further increase the blood pressure that will reach the heart to form an irregular and faster heartbeat. Apart from this, the simultaneous decrease in body fat will also fluctuate the pulse rate.

Every metabolic reaction that takes place in the body releases some amount of heat along with the resultant products. This heat is what gives warmth to the body and regulates its temperature in cold conditions.

But in the case of hyperthyroidism, rapid metabolism gives rise to a large amount of heat being released that causes overheating and profound sweating of the body.

When hyperthyroidism is caused due to any kind of cancer in the thyroid gland where the thyroid cells happen to overgrow, they automatically release excess thyroid hormones. But alongside that, the increasing number of cells will also call for active stimuli from the central nervous system. This increasing demand on the thyroid gland will apparently reduce or affect the nervous stimulus of other parts of the body, like hands and muscles. Thus, it leads to hand tremors and muscle weakness.

Apart from metabolic function, thyroid hormones also regulate our mood swings. Thus, an increased quantity of hormones can give major anxiety attacks, nervousness, uneasiness, irritable attitude, and so on. This could be due to the hormone fluctuation that takes a toll on our physical and mental health.

There are a few other symptoms of hyperthyroidism that assists the major symptoms. They are—

a) Fatigue and Tiredness

These symptoms are also very common in normal human beings, and thus, they are not prominent enough to declare the disease. Hence, when anyone sight such symptoms, it is recommended to go for a further detailed diagnosis and then get to a conclusion on a doctor’s consultation.

But in the worst case, if we happen to neglect the above-mentioned symptoms, an individual would automatically fall prey to further complications, like—

i) Increase in metabolism

v) Huge swelling or a lump in the neck

This happens when a pregnant woman encounters hyperthyroidism.

Therefore, doctors regularly monitor the mother’s TSH (Thyroid stimulating hormone) levels during pregnancy in order to avoid such a complication.

Porous, thin, and weak bones are a few symptoms of this condition. On excess burning of energy, the food in the body is completely utilized, after which the body starts drawing energy from the nearby muscles and bones. This will rapidly reduce calcium levels in the bones and makes them porous and weak.

Thyroid cancer caused due to carcinogens is also one of the complications of neglected hyperthyroidism. It forms extracellular lumps of thyroid cells on the surface of this gland and leads to cancer.

These are a few signs and symptoms of hyperthyroidism. Diagnosis and treatment at the earliest are always preferred.

This blog, including information, content, references, and opinions, is for informational purposes only.

And if you have any questions of medical nature, please refer to your doctor or qualified medical personnel for evaluation and management at a clinic/hospital near you.