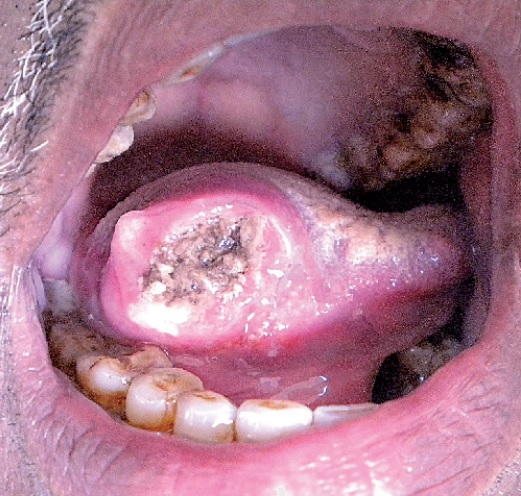 It did not spare anybody, neither humans nor animals— yes, its “THE CANCER”

Taking you to 1500BC of the Egyptian century, for the first time when cancer took birth in the Breasts of eight women, which was cut and removed by a hot drill, therefore, making Breast cancer to be the oldest form of cancer, we have come a long way.

From then to now, though the disease is the same, its name and people’s conceptualization and interpretation of it have been in leaps and bounds.

“Life doesn’t come with a manual.”

Hippocrates of Greek origin and the father of medicine coined the name cancer.

From there, various studies were entitled on this disease, which makes it the second most death-causing disease even today.

Firstly, you need to know that not all cancers are harmful because there are 2 types of cancer—

This type of cancer is not harmful which is why the benign cancer cells in any part or organ of the body are called noncancerous cells.

They are characterized this way because these cells do not spread from one region to another, which means they stay localized in a single region only.

Thus, they can be easily chopped off from that region and removed permanently. Here, the chances of recurrence are very less.

Malignant cancer is very harmful as these cells grow and spread enormously fast.

Also, they involve the chromosome and DNA making them abnormally large in size as well.

And because this cancer intervenes our DNA, it’s very difficult to get rid of such cells as their recurrence probability is more.

Apart from this, there are various kinds of cancer depending on the region they occur which can either be benign or malignant.

One such type of cancer which can either be benign or malignant and is found in the mouth is called mouth cancer or oral cancer.

Mouth cancer or oral cancer, as the name suggests is a type of cancer that occurs in and around the hemisphere of the mouth.

Though there are no staple symptoms for mouth cancer as they keep changing over time, however, I drained down to the following certain very common and the most basic symptoms with regard to mouth cancer.

I’m sure most of us would have cited such round white or red patches in our mouths.

Well, it is very common in many people as it can be caused due to various reasons like an accidental bite, fungal, bacterial or viral infections, and sometimes cancer.

This means, that not all patches incur mouth cancer, but remember— that they do fall on the list of symptoms for mouth cancer.

These patches are preferably in white and red colors or sometimes both.

They appear as white or grey patches on the topmost squamous epithelial layer of the skin and are formed due to the wearing off of this layer.

Another name for such patches is LEUKOPLAKIA.

Leukoplakia, as mentioned before is a sign of cancer which means the ingredient that can trigger such a condition has to be a carcinogen or a simple physical injury.

Red patches are also called ERYTHROPLAKIA, where they are distinctly formed, either on the tongue, cheeks, lips, upper and lower roofs of the mouth, and so on.

They look very unusual from the normal stature of our mouth and are very rarely seen in people.

This rare symptom is what differentiates mouth cancer from other diseases.

So, never ignore but visit your doctor immediately when you cite such a condition as they prove to be positive for mouth cancer in almost 75 to 90 percent of people.

The doctor will mostly go for an oral biopsy in such cases where a small portion of the infected red patches are inoculated and cultured in the laboratory to test for cancer cells.

If the cells in the culture media show an abrupt and rapid growth, it means that they at cancer cells.

They are also called ERYTHROLEUKOPLAKIA.

Sometimes both red and white patches are instigated at the same time forming numerous lesions.

They look like a mixture of red and white patchy infections and are known to be one of the first visible signs of mouth cancer.

All of the above symptoms, not all the time signal mouth cancer. They might also occur due to some other health issues as well.

In this case, the patches would suppress automatically and get back to normal within 1 to 2 weeks.

Unfortunately, if they tend to persist for a longer time and are left unhealed, then it is always recommended to visit your doctor immediately

A canker sore, in simple language, is called an ulcer which simply occurs to all of us.

It looks like a red swelling with a white or yellow patchy layer and a small depression in the middle that is caused due to the breeding infection.

Ulcers are very painful and you can feel a tingling and burning sensation throughout.

Because it is a very common infection that has been for years, which is why it is quite obvious that not everybody who has a mouth ulcer will have mouth cancer.

Having said that, you still have to be careful about it and have a regular check on its progress because usually on positive progress, your canker sores should shrink and heal. If that is not the case and instead the sores enlarge over the period of time, then it is a negative sign which is not supposed to be neglected as it calls for a symptom of mouth cancer, but canker sores solely are not cancerous, that is, they are not malignant.

3) An extra growth of a lump in your mouth:-

An unnatural lump can be observed, which is also called an extra growth in the mouth. This extra growth in most people is a result of any kind of irritation to a particular substance. If so, then they are non-cancerous and can thus be removed through surgery. They might also tend to reappear in certain cases when you encounter the allergic substance again.

If otherwise, then they are known to be a symptom of cancer.

4) Excessive dripping of blood from your mouth, gums, lips, cheek, or tongue:-

Bleeding of blood from your mouth, gums, lips, cheek, or tongue is quite a rare symptom of oral cancer which mostly happens when the infection stays glued to your mouth without healing for a long time and instead, continuously spurs out blood from different regions as mentioned above.

Apparently, loosening of teeth is very obvious in older people. So, this symptom does not distinctly differentiate their mouth cancer.

But, it is very inappropriate of an adult to lose his or her teeth at such a young age without any cause. Now, this can matter to be looked through by your doctor as a symptom of mouth cancer.

It is a condition where you face difficulty in swallowing food as it causes pain. Again, this might be a signal to the upcoming or growing cancer, but not all the time. This is because, so many muscles, nerves, and other mandibular mechanisms take part in swallowing. In that case, even a small infection or an injury can affect the entire process of swallowing.

Thus, this is a very narrow symptom of cancer that needs close examination by your doctor.

It is said that the usage of dentures only is not safe as they cause external stress in the mouth that can overhype the cell growth and this might lead to cancer.

Apart from this, a denture that fails to fit in your mouth on one sudden morning is possibly a symptom of mouth cancer.

If your ear pain gets severe as days pass by and the healing has no progress, do inform your doctor.

It is also called REFERRED OTLAGIA.

Growth or cancer in the mouth can cause referred ear pain.

Referred ear pain means that the patient will complain of ear pain rather than pain in the growth in the oral cavity. Hence, it gets very important for the surgeon/doctor to examine the oral cavity of the patient who has presented to the hospital with the complaint of ear pain and who simultaneously has a history of smoking or tobacco chewing.

The sudden and rapid drop in your weight without making an effort towards it is one of the major symptoms of cancer.

Numbness of different regions of your mouth depending on its chronic or recurring nature.

Lack of movement or difficulty in movement of your jaw due to the hold on your muscles.

There is a kind of voice which is known as “HOT POTATO VOICE” which can be seen in patients with oral/mouth cancer.

A hot potato voice means that the voice of the patient suffering from oropharyngeal cancer might sound like the sound of someone who has put a hot potato in his mouth.